A brief history of the sharing economy and its future path

Read about the sharing economy in the past, today and how the blockchain could shape its future

The sharing economy seems to be a ‘new’ evolvement that has the ability to revolutionize the way we work and interact with each other. The umbrella term is still fresh, but how new is the concept behind it? How did we end up at a stage where peer-to-peer sharing is shaking up existing business models? What is the next big movement that pushes the sharing economy forward?

History teaches us that humans began wandering around as nomads. We moved from one place to another, hunting prey and gathering fruit and nuts. Moving from one place to another meant that we carried as little as we could. This forced us to share whatever we had. Owning too many things was not helpful, and it was disruptive of the nomad lifestyle. There were no intermediaries, no laws and there was no money: everything was peer to peer. The way of living thousands of years ago was a pure form of the sharing economy.

Over 10,000 years ago, we gradually stopped living the nomadic life. We stopped moving with herds of animals and stopped leaving the land when it was infertile. We started to understand how to grow crops and herd animals in one location. This evolvement would gradually launch the agricultural revolution. We became more efficient in everything we did and created a food surplus. This enabled cities and societies to rise. Efficiency and specialization called for more trade with more differentiated goods. In order to govern and drive these efficiency improvements, intermediaries who would enable and simplify trade became stronger. Banks and governance structures emerged as important intermediaries, and money (along with gold) was used more frequently as a means of exchange. Peer-to-peer sharing became less prevalent and markets became the place of trade. Power-driven machines and various new energy sources launched the industrial revolution, which would accelerate what we saw in the agricultural revolution.

The specialization and efficiency improvements have given us access to countless goods and services. The result of this is that we own too many things that we do not need or do not use frequently. Let’s throw in some figures to contrast what we own vs what the nomads owned. The comparison is obviously not fair, but it still tells a story. Early nomads probably owned fewer than a dozen things (some clothes and a few tools). How many things can you call your own today? How many items are you carrying on yourself right now, and how many items do you have at home?

Where is the link to the sharing economy? The essential question is: could there be a better resource allocation by sharing all these non-essential goods that we own? The sharing economy as we know it today utilizes unused or underused resources, capacity and time. This is accelerated by technology as the backbone, and provides a different kind of user experience. Some of the most successful and highly valued companies today are part of the sharing economy umbrella. Everybody has heard of Uber and Airbnb, the two leading sharing economy companies, which are valued in the billions. But more and more companies are joining the billionaire list, like Instacart, WeWork and Lending Club. These companies are more efficient than their traditional competitors. However, they merely act as intermediaries, driving costs up. They are valued in the billions just for enabling sharing through technology and creating a different user experience.

The sharing economy in the near future: Blockchain as a game changer

The blockchain technology has driven companies acting as intermediaries, even governmental organizations, to be on alert mode. What is the blockchain? In short, the blockchain is a decentralized and distributed ledger that is built on a technology that democratizes the authentication of transactions and relies on thousands of computers on a network to figure out a way to maintain that ledger.

While the technology is still in its early stages, an important aspect for our context is that it enables peer-to-peer trading in a very easy and transparent way, creating trust among parties without the need for an intermediary. Traditional industries and intermediaries, such as those in financial services, have formed alliances to respond to this technology – a move that has the ability to utterly transform and, in some cases, destroy their core business.

Even at a business-to-customer level, the transformation that sharing economy companies and new technologies promise could be significant. The core business of banks is to borrow, safely keep and lend money. If we were able to remove banks as an intermediary, we could get rid of the cost associated with them. Sharing economy companies are a first step toward that. Lending Club or Funding Circle – large peer-to-peer lending platforms – offer individuals and businesses the opportunity to bypass banks. They themselves remain intermediaries and offer lower transaction costs. In an ideal case, I would like to borrow/lend money from/to you or a group of people directly without an intermediary.

Blockchains enable us to send each other money directly and safely by bypassing a bank, credit card company, or PayPal. Despite some challenges, many business experts across different industries are certain that it is only a matter of time until the blockchain breaks through. And the possibilities may be limitless. Will currencies as we know them today cease to exist? Can we get every human being a bank account through the blockchain? Can you marry over the blockchain without somebody or an institution confirming your marriage? Can you simplify your supply chain by tracking and recording each step of a product? Can you vote on the blockchain? Can you hold governments better accountable to their promises? Or, further, can you decentralize governments?

The internet transformed the way we use information. The blockchain has the potential to change the way we interact, share and work with each other. It has the power to disrupt the current disrupters flourishing under the sharing economy. 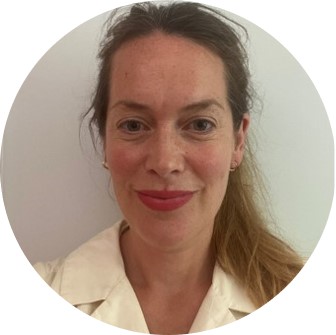 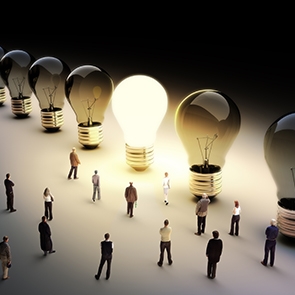 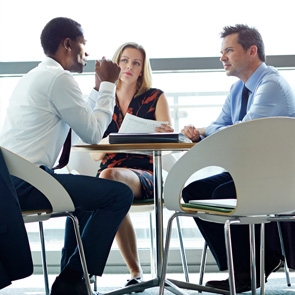