How financial institutions in Asia are adapting to a complex and fast-moving environment – a guest article from Terry Leeworthy.

Despite optimistic market and media hype about global financial markets, there are currently very few businesses and industries that are not experiencing tough and volatile trading conditions. The Asian financial services sector is undergoing a particularly tough time – despite its strength only a few years ago.

Just over a decade ago, banks were rushing to Asia to establish a foothold or expand existing business. China’s economy was comfortably the fastest-growing economy in the world. Asia was booming, and all corners of the financial world were looking to join the party. And what a party it was – in 2015, almost half the banking industry’s global profits originated in Asia!

However, having survived the global financial crisis of 2008, the Asian financial sector is now facing strong global and regional headwinds that have developed over a relatively short period. These forces have put intense pressure on players in the Asian financial services sector, with companies experiencing the following challenges.

Historically, one of Asia’s biggest attractions to global markets has been its high gross domestic product (GDP) growth rates. Growth expectations are now much lower; however, Asia is likely to remain one of the fastest-growing regions in the world. For banks with operations in Asia, this is a double-edged sword – each institution will fiercly defend its shrinking revenue pool as much as possible, but will also appreciate that existing business models are unlikely to deliver the results expected in Asia. Regional managers must develop and implement strategies that are adapted to the Asian market – indeed, their boards will expect nothing less.

THE PRIMARY RESPONSE OF BANKS

As is to be expected, the banks have responded to the situation in the Asian financial sector – but, while these responses have had a positive impact, they have generally not been revolutionary. Banks have:

Banks in Asia now generally find themselves between the proverbial rock and a hard place. They have taken some painful actions to mitigate the difficult business conditions; however, these headwinds are not dying down – in fact, they are looking more like a permanent feature than a cyclical phenomenon.

The financial industry is now in the process of making tough decisions about the actions required to continue to operate profitably in Asia’s changing financial environment. These deliberations require the development and implementation of some, or all, of the following:

Of course, some organizations will not have the luxury of having large capital investments at their disposal – so these players would have fewer potential future strategies available.

Due to the ever-changing global financial landscape, banks operating in Asia will need to develop revised strategies and implement new business platforms to help them stay ahead of the curve. This may require seeking advice from experienced consultants or perhaps investing in additional project staff. But, before doing so, there are some important trends to consider.

There are several business trends that currently face the Asian financial services industry, each of which further complicates the development of a successful business model in Asia.

Some banks that are operating in Asia may consider major backbone IT investment projects to reduce costs; however, the time, risks and capital costs of these projects will deter many institutions from going down this road. Several banks have chosen to use their IT investment budget by developing new client engagement tools and models, justified by their lower project risks. They are developing, for example, front office, mobile banking and client analytics tools – offering new client experiences and developing internal efficiencies. With Asian populations being relatively e-friendly, this is becoming a popular strategy amongst banks.

There is also much discussion around resource sharing; some deals that extend client offerings have been announced, as well as discussions relating to banks sharing operational centres to reduce costs.

Banks in the region have not seriously adopted any robo-adviser, regtech or fintech models. They are certainly not pushing the boundaries, but the bigger players keep a close watch on the space as they could grow into a threat. These new business models are taking root in other parts of the world – they will also come to Asia in the near future. When considering the China heavyweights – Alipay, WeBank, Lufax, etc. (large existing businesses that have capital in abundance and a growing desire to expand beyond China) – these changes could take place very quickly, transforming the banking landscape in Asia.

Financial institutions in Asia are now adapting their business models to work between these many rocks and hard places in this complex and fast-moving environment. There is a natural preference for implementing lower-risk models, but the question is whether banks can do enough to slow the profitability erosion. For banks in Asia, their own future wellbeing is bound into these decisions. We are in for a momentous and exciting few years ahead.

Here at a-connect, we believe that, with the guidance of a team of specialist independent professionals, banks can overcome the challenges posed by the Asian financial sector. Contact us today to find out more.

Terry is a senior manager who has spent most of his career with global banks in Asia. As an implementer by heart Terry delivers positive change to top tier banks, spanning sales and trading businesses through to wealth management.
Stay connected 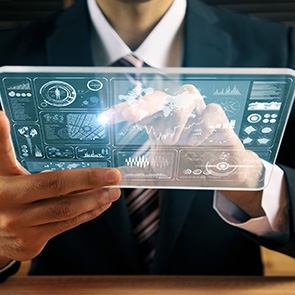 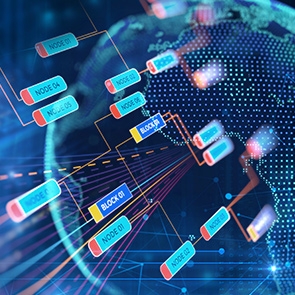