As strategy consultants plan their careers, they tend to leverage their expertise in specific industries, such as chemicals or telecommunications. This industry focus is the result of both the consultant’s thinking process and market demand and opportunity—after all, a handful of industries account for most consulting hours. When a-connect Brazil was asked to help a political party define their mission, vision, overall growth strategy and action plan, we realized nobody in our network had any past experience with political organizations. More importantly, there was no supporting literature and methodologies specific to political parties to draw upon. Our initial instinct was to rely on universal strategic frameworks, but we soon realized that political organizations have their own unique requirements. Evidently, the basic steps of research, analysis, and conclusion remained the same, but we had to adapt our role and approach to suit the needs of this special client. Here we discuss the valuable key lessons learned throughout this process:

Our main role was to facilitate a discussion. On a regular project, we are expected to provide the client with concrete answers as to the size of the market, which products to launch, the value of a company, or which segments are attractive. However, for obvious reasons, we cannot tell a party on which side of the political fence it should be or whether it should foster state control or deregulation. Our role was therefore to help the organization arrive at its own answers.

Facilitating a discussion and bringing participants to a consensus is challenging in a political party. Unlike companies, which tend to be hierarchical in nature, parties do not have clear reporting lines. Constituents have passionate opinions, and conflicts cannot be resolved with the help of a common boss.

Since communication in non-hierarchical organizations is difficult to organize, there is substantial value in mapping the political party from the perspective of the outsider. Even simple questions such as “are we left wing or right wing?” sometimes provide eye-opening answers for the party leadership.

To map a non-hierarchical and heterogeneous organization, the agent needs to consult with a large number of constituents from different regions and factions. In this case, the team flew to more than 20 different locations and listened to hundreds of people, including politicians and militants. Given that the Brazilian territory is equivalent in size to Europe (excluding Russia), a-connect consultants covered a combined distance of two turns around the equator!

Smooth the way for effective implementation

As with strategy, implementation techniques have also been developed with companies in mind. So, while producing a chronogram or action plan is second nature to a myriad of middle managers, many political parties lack such expertise. It is therefore advisable, towards the end of the engagement, to dedicate time to coaching the client on governance, process management, and performance indicators. If you do not, the value created in strategic planning may be lost.

A change of leadership in political parties is often the result of a clash of ideologies between rival groups, meaning whoever takes over may attempt to put an end to ongoing projects sponsored by the previous administration. Therefore, conclusions must be made official (in detail and in writing) to create a sense of commitment and avoid discontinuity.

No two strategies are the same. However, as with companies seeking a larger share of the market, all political parties seek power and will always welcome more votes. Some core principles will help almost any political organization achieve this. Indeed, a comprehensive European study analyzed hundreds of top political organizations that have taken power around the world, and it concluded that all of them were supported by four pillars: (1) one clear message, (2) be the change you want to see, (3) deliver on your promises, and (4) do not repeat accusations.

Although this formula seems simple at first glance, getting there is a challenge, as demonstrated in Brazil. The country has 38 political parties and none of them control more than 12% of the chairs in the House of Representatives.

Once the organization has taken control of the political arena, staying in power is a different ball game altogether. Research suggests that all political organizations should have a credible and complete answer to how they would lead the national agenda in six key areas: political, economic, social, technological, environmental, and legal. Voters care about the specific opinions of parties but, on the whole, they respect those with clear views that are expressed in words and actions.

Standard strategy definition methodologies do not apply to political parties, as they have been developed with hierarchical companies in mind. When working with a political organization, the typical approach of optimizing strategy through outside-in analysis does not work. Instead, an inside-out approach is needed, where the role of the consultant is essentially to facilitate internal discussion. 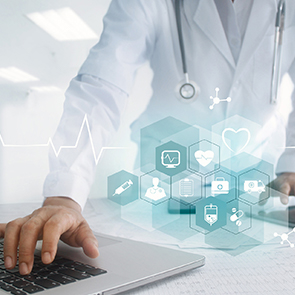 Digital Transformation in the Pharmaceutical Industry: A Case Study 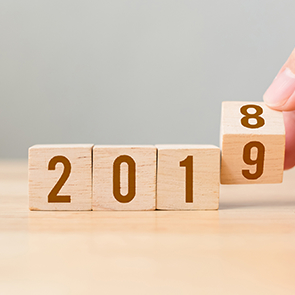 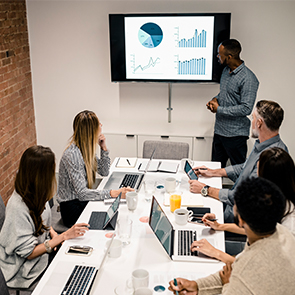 Designing an effective presentation for your next project