The Parallel Lives Of Our IPs #10

Ready For The Close-Up: Bringing Video Production To Client Deliverables

The traditional consultant is well-versed in the intricacies of PowerPoint and Excel. But how many consultants can add knowledge of camera angles and background lighting to their consultant toolkit? Los Angeles IP Ravi Rao can. This former McKinsey Engagement Manager now regularly includes video production in his client work.

How creativity became a key part of Ravi’s consulting career

Ravi’s interest in creative work began early in his life.

He says, “My favorite class in all of high school was not algebra or something in science. We had an elective course in film history, in which we had to produce a video as a group. That experience at 15 years old led me to audition for school plays and develop a life-long passion for the craft of filmmaking.”

Following high school, Ravi considered majoring in a creative field in college. Instead, he earned a PhD in statistics and epidemiology at Johns Hopkins University. He then joined McKinsey as an Engagement Manager, where he worked for five years, between 2000 and 2005. He has worked as an independent consultant for 14 years now. Throughout his years of studying and consulting, Ravi repeatedly found himself pursuing creative-oriented projects.

He says, “In grad school, I was part of the university’s concert choir, and we sang pieces such as Beethoven’s 9th and Theresienmesse by Joseph Haydn. While at McKinsey, I became a speechwriter rather than a traditional PowerPoint document producer for two client CEOs during engagements. And then, as an independent consultant, I kept feeling the instinct to serve clients using creative production.”

In 2017, Ravi sought collaboration from professional film production crews to develop and produce Hello Babies with Doctor Ravi – a YouTube series for preschool children (www.hellobabiesshow.com). With over 15,000 Facebook fans (mostly parents of small children), the show has a dedicated and growing following. The show presents the same Emotional Intelligence (EQ) lessons that Ravi has delivered in offsite workshops for corporate teams for 14 years as an independent consultant.

How Ravi has served consulting clients with video

Ravi now uses his video production skills to address important business issues for clients. Here are two examples of how Ravi has used video to enrich his consulting client deliverables.

Ravi was involved in improving a talent management workstream for a global travel company. The client recognized the limited effectiveness of their traditional brochures and website content for the purposes of recruitment. Ravi offered suggestions for what a recruitment campaign should look like (including video), which led the client to ask him to produce new video content. He interviewed dozens of staff across multiple locations to produce it, and edited it himself. They saw an immediate impact, with applicants giving specific compliments about the videos.

Ravi facilitated a video production exercise for a pharma leadership team’s offsite meeting about promoting a new product. Instead of writing a traditional keyword vision statement, the client’s team members were asked to create a video on the streets of New York City that captured the spirit of their new product’s impact. As a result, leadership team members expressed greater consistency and connection with the brand message.

The future of video production for consulting

Ravi believes that video production will increasingly become a part of deliverables in client engagements.

He says, “We watch videos to learn and engage with key ideas throughout our lives outside of work. It seems incongruent to not use video within the work setting to improve change management, operations, and corporate culture.” 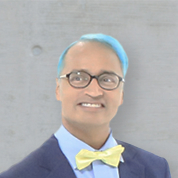 Ravi brings an atypical combination of problem solving, emotional neuroscience, and creativity to his consulting work. He is a former McKinsey engagement manager as well as a Johns Hopkins/Harvard trained expert in brain development. He serves clients in numerous industries on matters of change management, culture transfromation, human resources, and leadership development.
Stay connected

A day in the life of an a-connecter #1 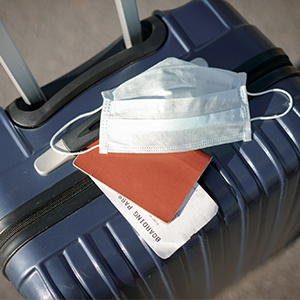