The parallel lives of our IPs #5

I am either buying my very pregnant wife the only food she can currently stomach, Gatorade and bagels, or telling jokes because I am a comedian. I have been fortunate enough to perform around the world, tape a couple of comedy specials, write for CBS, and perform at corporate events for Microsoft, BCG, Wells Fargo, and about a hundred others.

2. How did you personally decide to become a stand-up comedian?

After 5 years of 80-hour weeks at McKinsey, I left to join a small tech company called SPSS as their Head of Strategy, where the hours were also intense. When we sold the company to IBM, I experienced my first sweet taste of corporate hours. I would be done by 7 pm and was astonished to find that normal people do things on a Tuesday night. I decided to use my newfound freedom on comedy and fell in love. Now I float between independent projects and comedy.

3. Where do you get your material? How does working as an IP help you get material?

I tend to find humor in the way people interact with each other. Therefore, in a work setting that is often seeing the comedy in interviews, conference calls, and of course “feedback sessions”.

4. What are the secrets for telling everyday jokes in order to get the biggest laughs?

It is as simple as writing it down. Everybody has a bunch of funny thoughts and interactions every day, but they soon forget about them. If you are noting them, as “This interaction with this bank teller is a great story for the next time I am talking to someone about customer service” you have a funny story that is appropriate in the context of consulting. As far as the techniques to telling jokes well, the best advice I can give is to end on the funny party. For example, the first joke I ever told on stage was about my divorce. It was, “It’s not bad being a divorcee, but I’d rather be a widower”. The funny part is “widower” so I end there and people know to laugh there. It would not work as well if I said, “When comparing divorcees and widowers, being a widower would be better”. People would not know where to laugh and they might think you are just kind of a sociopath.

5. What advice would you give new comedians just starting out?

6. Where can our readers come to see you for a good laugh?

I perform all over so if they go to my website, www.anishcomedy.com, they can just sign up to be notified when I am in their town. Alternatively, they can bring me in to perform at their corporate, charity, college or private events.

7. What is the hardest part of being a comedian?

The travelling. I perform in 15-20 countries a year, which is fun, but not so much when your wife is pregnant and low on Gatorade and bagels.

8. What does the world of comedy need more of today?

Older voices. In comedy, most people start out young and either are one of the few to make it big or they get out. I would love to see a better path for people who are later in life to come and share their stories. 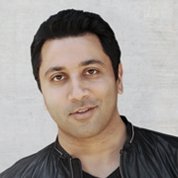 Across 5 years of post-MBA experience at McKinsey & Company, Anish has worked in almost every industry and spent several years as a successful stand-up comedian and corporate speaker, speaking all over the world for different organizations.
Stay connected 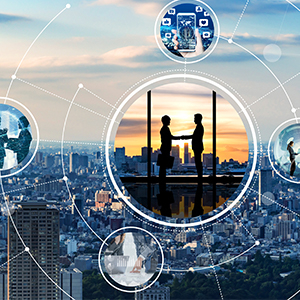 The parallel lives of our IPs #12 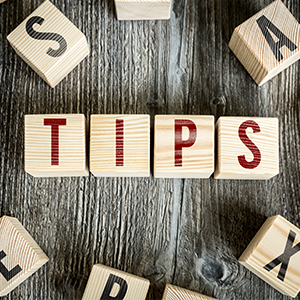 Useful tips for a client interview